String formatting involves strings, which have been discussed previously, and data to insert into the string.

There are two ways of accomplishing this, the first is the .format(). The basic syntax is:

You can of course put in string you would like in the quotations, however the curly brackets are where the variable would be placed in the string. You can have multiple sets of curly brackets as well. The syntax for that would look like this:

The second type of string formatting is the % sign. The syntax for this is relatively the same. Here's an example:

Notice the %s next to the %, as the data type that replaced the % was a string, we had to compensate for that by placing %s, and the same rule applies for integers, %d. For lists, you can use the %s. You can have multiple %'s. I once again challenge you to do the same thing as you did with the .format() method, printing 'Hello, my full name is (your full name)! Nice to meet you!'

Once you have finished the challenge move on to the next lesson! 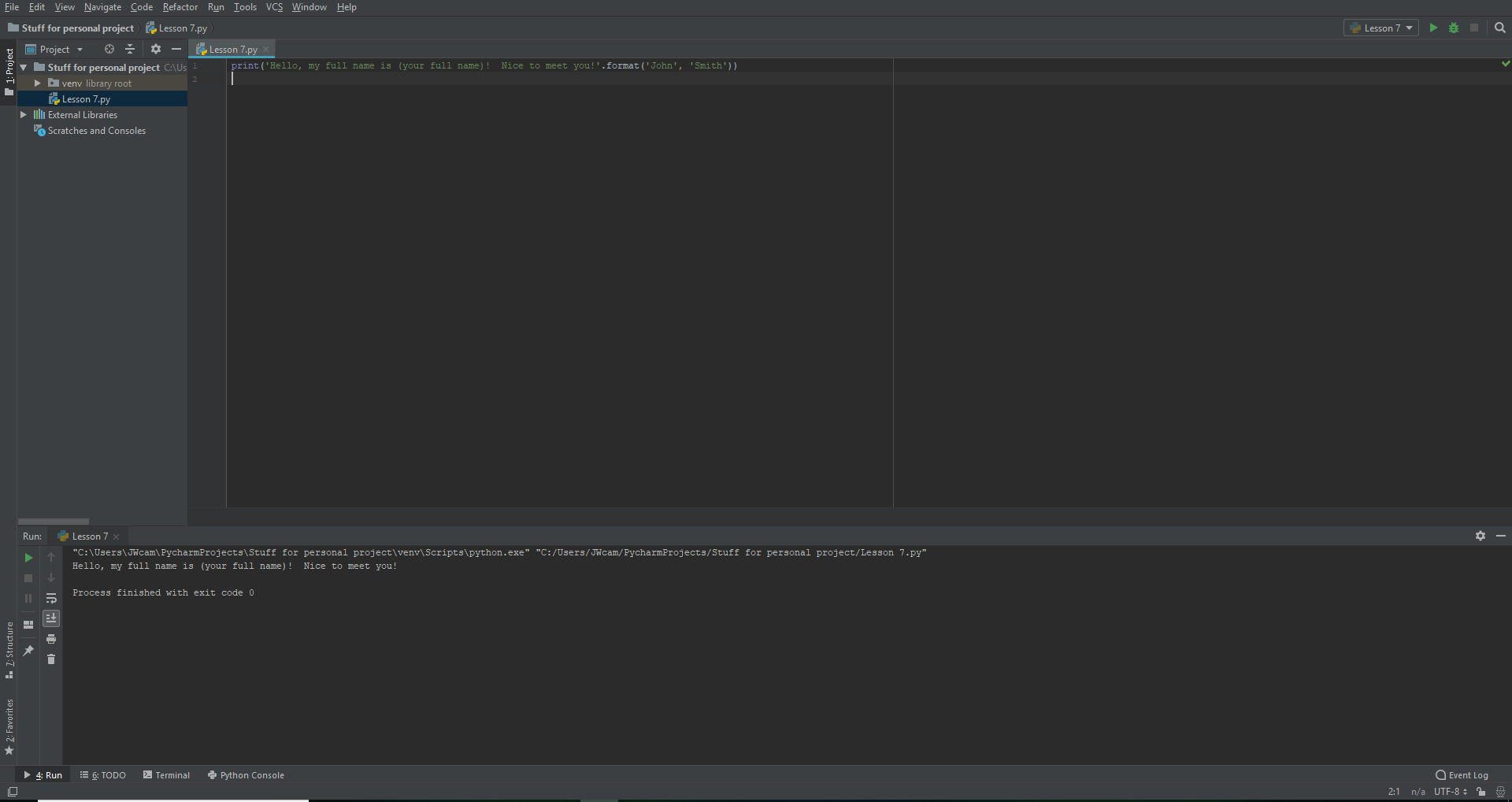 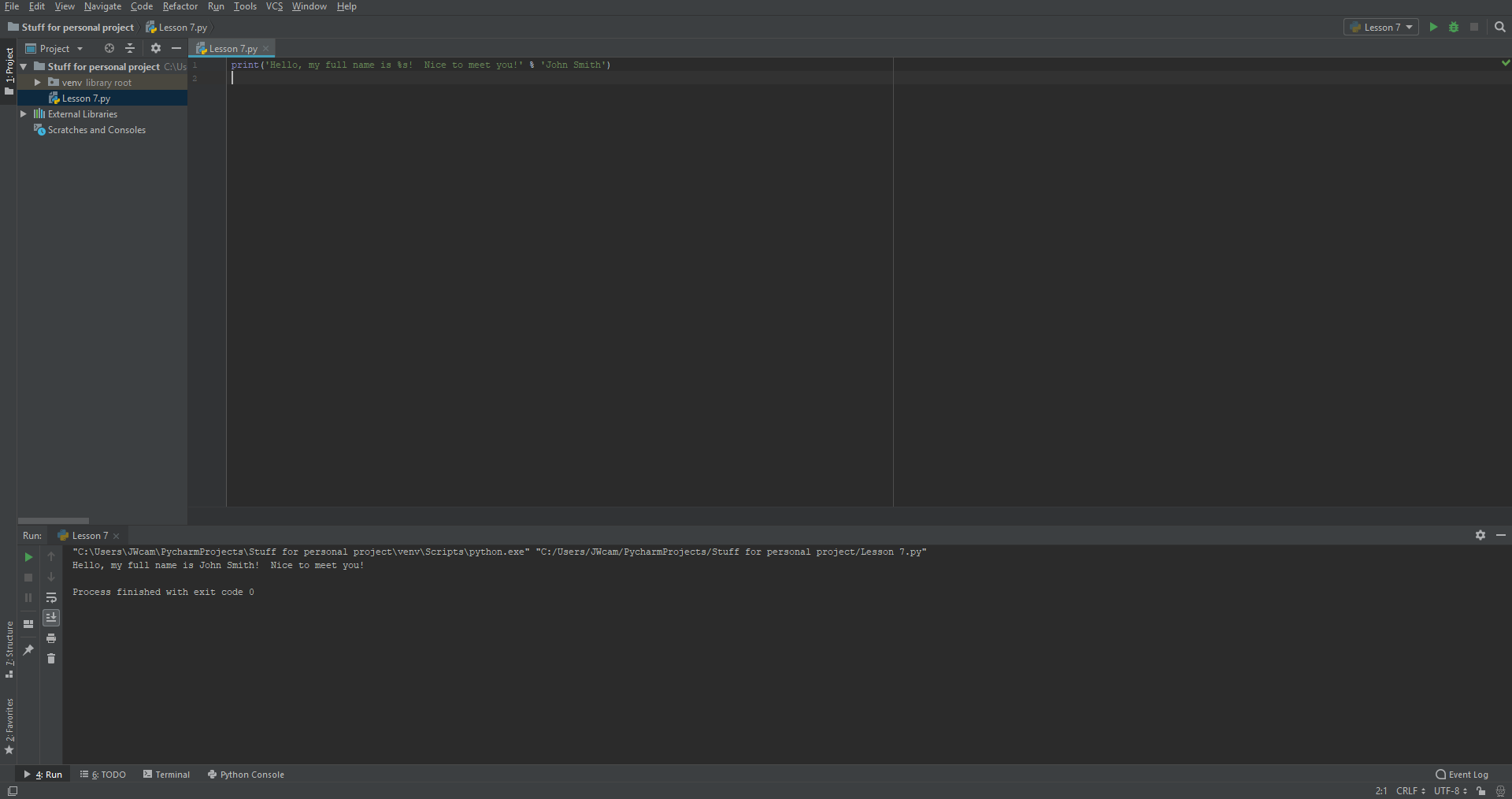